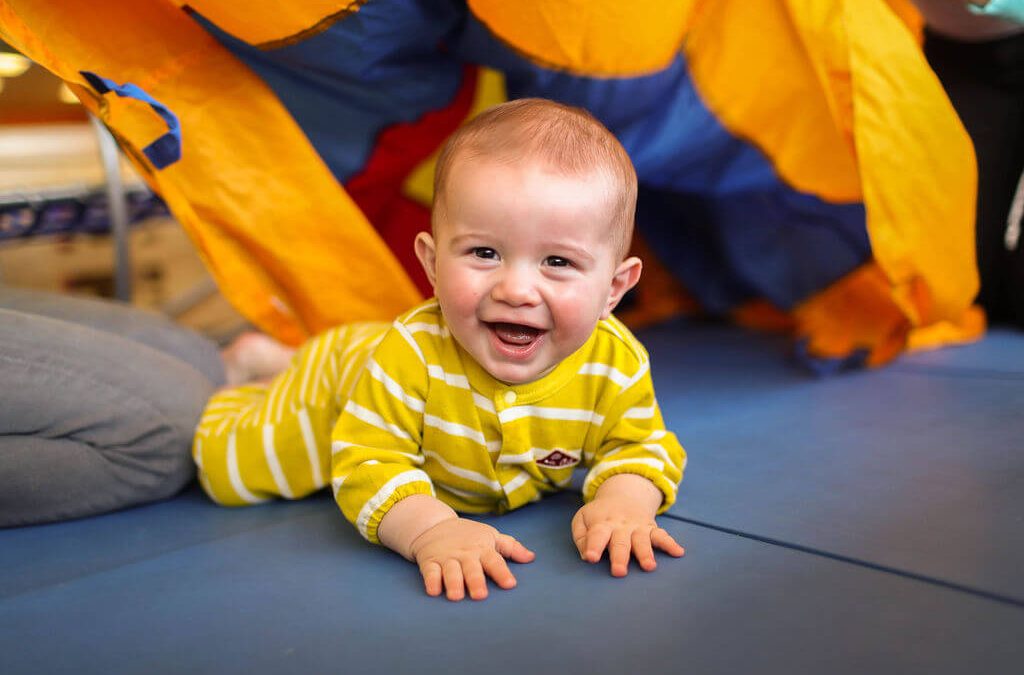 Babies born during or after March 2020 will have only known a world in the grip of a pandemic. They have had limited opportunities to socially engage with other adults or children, outside of their immediate family unit.

It is proven that babies need stimulation, social contact, and responsive caregiving in order to progress and, without doubt, the pandemic will have affected their progress.

Janet Anderson has been working with babies and toddlers at Gymboree Celbridge for the past 15 years and has noted the worry of parents about the delayed physical development, lack of socialisation also the impact of mask-wearing on their baby’s speech development.

“While working with parents through our online classes, it was apparent to me that babies were not reaching milestones for their age group, such as rolling over, sitting up unsupported and starting to crawl at the same stage as before the pandemic. Parents are really concerned and I can understand that”.

From the moment a child is born, playing and socialising is vital to their development. A social skill as simple as learning to share is being impeded as babies and toddlers are missing out on the opportunity to socialise with their peers and play. This in turn is having a serious affect on their overall development.

Key assessments such as a child’s physical development, their motor skills and fine movements, eyesight, hearing and speech development, as well as social and emotional behaviour should be carried out between nine and 11 months by a Public Health Nurse. Due to the pandemic, the HSE has confirmed more than half of the babies due a routine developmental check in 2020 did not receive it within the recommended time frame.

Janet said “These are pretty important tests in that they pick up developmental issues that require intervention and give a degree of reassurance for parents and particularly first-time parents that things are as they should be. Several parents whom I worked with through my online classes had little or no contact from HSE professionals and were therefore concerned about their baby’s development.”

Janet is quick to reassure parents that with the right programmes and guidance, children will quickly catch up. If parents do have concerns, Janet is encouraging them to seek help through parenting networks, health professionals and other support groups. Don’t be afraid to ask if your baby is not reaching those all-important milestones in an acceptable timeframe.

Concerns were also been raised by parents about the impact of masks on children’s language development. Studies have shown that while babies do look at mouths to give them a visual clue to help them develop their knowledge of speech sounds, this is just one factor among many that children rely on for language development, for example, looking at eyes, eyebrows, body language and gestures. In a new study (Ruba & Pollak, 2020), researchers found that children’s ability to judge emotions from facial expressions of people wearing masks was no worse that their ability to judge emotions of people wearing sunglasses.

Even though children lose some emotional information when they look at a face with a mask, they still have a lot of other clues and contextual information that they can use to build their understanding of others’ emotions. While we can’t say for certain what the long-term impact of mask wearing will be, this lets us know that the effects may not be as worrisome as we may have feared.

There’s a lot we don’t know about the long-term effects of this pandemic on children and research is ongoing. Children are quite resilient and although we don’t know everything, hopefully the punchline is that basically with the right support, most children are going to come out of this OK.

We use cookies on our website to give you the most relevant experience by remembering your preferences and repeat visits. By clicking “Accept”, you consent to the use of ALL the cookies.
Cookie settingsACCEPT
Manage consent

This website uses cookies to improve your experience while you navigate through the website. Out of these, the cookies that are categorized as necessary are stored on your browser as they are essential for the working of basic functionalities of the website. We also use third-party cookies that help us analyze and understand how you use this website. These cookies will be stored in your browser only with your consent. You also have the option to opt-out of these cookies. But opting out of some of these cookies may affect your browsing experience.
Necessary Always Enabled
Necessary cookies are absolutely essential for the website to function properly. This category only includes cookies that ensures basic functionalities and security features of the website. These cookies do not store any personal information.
Non-necessary
Any cookies that may not be particularly necessary for the website to function and is used specifically to collect user personal data via analytics, ads, other embedded contents are termed as non-necessary cookies. It is mandatory to procure user consent prior to running these cookies on your website.
SAVE & ACCEPT